FOR OUTDOOR ENTHUSIAST AND SPORTS ACTIVITIES LOVERS, A UNIQUE PROPOSAL TO COMBINE A LEARN TO SAIL HOLIDAY WEEK WITH A RYA INSTRUCTOR AND THE EXCURSION OF THE STROMBOLI VOLCANO ACCOMPANIED BY A MOUNTAIN VOLCANOLOGIST GUIDE 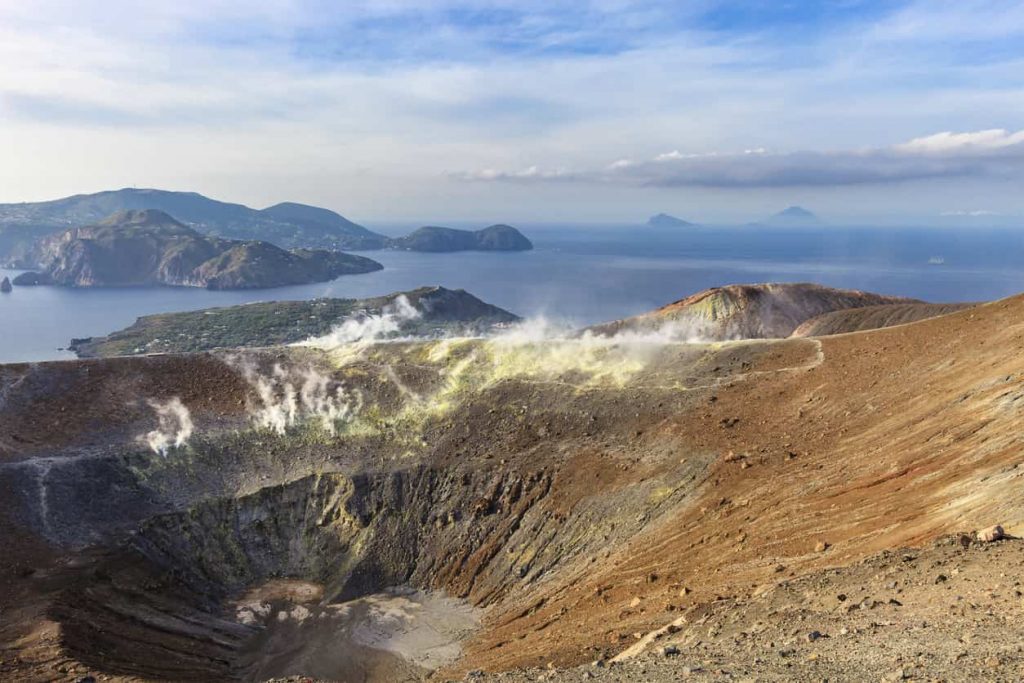 Among the many ways to approach the beauty of the Aeolian Islands, there is geology and volcanism.

The movement of the Ionian plate towards Calabria (a few mm per year) has generated a `volcanic arch’, of which the Aeolian Islands are part. All the seven main islands are in fact connected to recent or past volcanic activity. Stromboli is still very much active. Vulcano is less active, but by no means extinct.  In several places underwater you can see scattered bubbling. North and West of the Aeolian Archipelago, several ancient submarine volcanoes rise from a deep bottom (down to 3,500 m below sea level). The biggest is Marsili, a 3,000 m tall structure, whose top crater is 450 m below the sea surface, and that scientists believe to be waiting for a dangerous awakening.

In this tour we are going to explore as much as we can the history, the geology and the heights of the Aeolian volcanic arch.  The highlight of the tour is the ascent to the top of Stromboli with a professional volcanologist guide.  We will also admire the activity of the volcano from the sea, at night, looking at “la sciara del fuoco” the impressive North-West side of Stromboli.

Depending on the interests of the crew and on the weather conditions other excursions are possible, like the easy climb to the top crater of Vulcano (which is by the way the Latin name of the god of fire, and his headquarters were thought to be on the island that bears his name). All islands in fact offer hikes that can illustrate the geologic history of the archipelago, and we can decide to follow some of them without too much previous planning. On Lipari, for example, a very interesting and scenic trek is the visit to the ancient baths of San Calogero and the kaolin caves. On Salina we can hike to the top of Pizzo Corvo, one of the most ancient volcanoes of the archipelago (spectacular views) and then see the bay of Pollara, itself of geological interest, having been created by volcano crater.

Even though this tour focuses on the geology and volcanism of the island, we will not certainly disregard other activities that make sailing the Aeolian Islands very special: snorkeling, dolphin watching, and fine dining.